For three and a half years I’ve been looking at photos of the 1920s, especially looking at women and fashion, for my manuscript Paris Next Week. What did the women do in Australia in 1924? How did they fill their days? I’m still not completely sure but some of them in Sydney attended afternoon tea at Ambassadors, and fundraising events at the Hotel Australia, They went to the beach and to parties and balls. One excellent photo I discovered on flicker was of two women attending a tennis party on Australia Day 1924 at Victoria Barracks.

There’s a lot of grainy images of socialites to be discovered in Trove but they are studio portraits and don’t seem to offer up glimpses of personality. I have come across a wonderful photo of picnickers in front of their car, a picnic spread out and the styles of their clothes interestingly displayed but, still, it is an ad for Arnotts biscuits and not an insight into the psyche of the people photographed.

The photographs of Mina Moore come closer to what I’ve been searching for – a glimpse of that’s person’s life in their eyes – particularly an image of Vera Dwyer, author. As a result of discovering that photo I read two of Dwyer’s novels. As a result of discovering the photo above I am now in a quandary because I’ve just discovered that the young woman looking straight at the camera looks quite a lot like a young Katherine Mansfield.

The young woman is Kathleen Mangan the youngest daughter of the artist Frederick McCubbin. She grew up at Mount Macedon (not far from Hanging Rock) and sitting next to her interestingly is Joan Lindsay, the author of Picnic at Hanging Rock The image is from Mangan’s memoir Daisy Chains, War Then Jazz but unfortunately there is no mention of Joan Lindsay so there is no way of knowing if they were acquaintances or good friends. And I’ve spent hours trying to discover any further connection. Any help on this would be greatly appreciated.

I’ll leave you with Mangan on Mount Macedon:
“I always had a sort of love-hate relationship with Mt Macedon. It could be a scary place at times, especially when the wind came down from the top of the mountain and raced through the treetops. At night-time it was frightening when this occurred, particularly when the house trembled and the wind moaned through the rafters beneath the roof. But when the wind dropped and the clouds came swirling past our windows it was even more eerie. Everything became so hushed and still when the clouds locked us in. The only sound was the dripping of moisture from the eaves and the loud beating of your own heart then you saw, or imagined you saw, grotesque forms in the clouds, leering at you through the window.”

It’s only the last ten years or so that I have really questioned how few Australian women novelists there were (or at least we know of today) writing in the years 1900-1950. Before then I just accepted the exceedingly low number as normal and relative to the times. Australia was a small country, population wise. It was a given that in those years it would have been much harder for women to get published and then harder still to keep writing with the demands of a husband and children. And nearly all not as lucky as Eleanor Dark with a studio of her own. No surprise there weren’t many. Or so I thought.

As I began to read more widely on the subject, I discovered that quite a few had slipped through the net of history. They wrote, they published but were forgotten (or ignored) by those who came after to make up the lists of worthy novelists of the 20th century. What I’ve only recently discovered is how many were left off the lists! A surprisingly large number. I have had to do a complete 360 in my thinking and marvel at how many were actually writing and regret that so many came to be forgotten and in most cases completely out of print.

Dale Spender in her book Writing a New World: Two Centuries of Australian Women Writers chronicles those who have slipped through the net and for me (researching Australia during the 1920s) it was wonderful to read about these women. I also mention this in my blog How fiction/historical fiction can save historical fact and touch on my discovery of Jean Curlewis and her writing. An excellent essay on this fascinating writer is here.

Consulting Spender again this month I have made up a shortlist of forgotten Australian women novelists I would like to read. They are:

None of the authors’ works are available to buy. At least as far as I have been able to discover, except for Velia Ercole’s second novel Dark Windows at a cost of approximately $90 including postage from the US. (I did wonder what it was doing there). However, several libraries hold titles by the above authors so I’m hoping I will be able to borrow some of their books soon.

The titles I’m particularly interested in (because they appear to deal with Australian city life) are The Wild Moth by Mabel Forrest (a very interesting and talented woman), Jewelled Nights by the very prolific Marie Bjelke Petersen. I would also like to read Devotion by “Juliet”, the pen name of Julia Levy, who I couldn’t find much information about. Also Our Neighbours by Hilda Bridges a Tasmanian writer, along with her brother who was Tasmania’s most prolific writer with 36 novels.

Lastly but not least (as the book won the Bulletin novel competition for 1932) is No Escape by Velia Ercole (Margaret Gregory). It is set in the 1930s and explores the experiences of an Italian doctor adapting to life in rural Australia. Although not really fitting my bill for a book that will help my research of life in Sydney or Melbourne in the 1920s, it sounds very interesting.

Whilst troving for details and books of the above authors, I came across three more forgotten authors in this essay in the La Trobe Journal. Jean Campbell has not been completely forgotten although you can’t borrow or buy her first novel Brass & Cymbals for love or money. I’ve tried, believe you me. Unless my memory is playing tricks I don’t remember reading about Marjorie Clarke (writing as Georgia Rivers) in the Spender book. Her photo is at the top of this blog and she looks to me like a “kindred spirit”. I hope to be able to read She Dresses For Dinner. The third writer is Doris Kerr writing as Capel Boake, who died quite young. Her output was small and the one novel of hers I really want to read, I will probably never be able to. “‘The Flying Shade’, set in Melbourne and depicting art student life in studios and cafés in the city, was finished by early 1921, but was never published.”

Lastly I’ll finish with Vera Dwyer who I discovered in a book of Australian women photographers. Her portrait, taken by May Moore, is striking and when I read she was a writer, I was drawn to discover more about her. I’ve since read two of her books, The Kayles of Bushy Lodge and The Banished Lovers, both of which I bought at abebooks.com. Several more of her books are available which is strange considering she is one of the least known of the forgotten novelists. (Is that an oxymoron?)  I don’t remember her being listed in the Spender book and she’s definitely not in Drusilla Modjeska’s Exiles at Home: Australian women writers 1925-1945.

PS Last Saturday I found a book for $5 at the Lifeline shop at Charlestown. It looked old – a pale blue cloth hardback entitled Annette of River Bend by Irene Cheyne. I opened the book to find it was published by Angus & Robertson in 1942. Another forgotten Australian woman novelist. 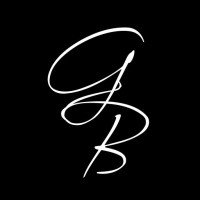 Ramblings of an insomniac and other less interesting things

Exploring Rhymes, Reasons, and Nuances of Our World

The Cabinet of Heed