For three and a half years I’ve been looking at photos of the 1920s, especially looking at women and fashion, for my manuscript Paris Next Week. What did the women do in Australia in 1924? How did they fill their days? I’m still not completely sure but some of them in Sydney attended afternoon tea at Ambassadors, and fundraising events at the Hotel Australia, They went to the beach and to parties and balls. One excellent photo I discovered on flicker was of two women attending a tennis party on Australia Day 1924 at Victoria Barracks.

There’s a lot of grainy images of socialites to be discovered in Trove but they are studio portraits and don’t seem to offer up glimpses of personality. I have come across a wonderful photo of picnickers in front of their car, a picnic spread out and the styles of their clothes interestingly displayed but, still, it is an ad for Arnotts biscuits and not an insight into the psyche of the people photographed.

The photographs of Mina Moore come closer to what I’ve been searching for – a glimpse of that’s person’s life in their eyes – particularly an image of Vera Dwyer, author. As a result of discovering that photo I read two of Dwyer’s novels. As a result of discovering the photo above I am now in a quandary because I’ve just discovered that the young woman looking straight at the camera looks quite a lot like a young Katherine Mansfield.

The young woman is Kathleen Mangan the youngest daughter of the artist Frederick McCubbin. She grew up at Mount Macedon (not far from Hanging Rock) and sitting next to her interestingly is Joan Lindsay, the author of Picnic at Hanging Rock The image is from Mangan’s memoir Daisy Chains, War Then Jazz but unfortunately there is no mention of Joan Lindsay so there is no way of knowing if they were acquaintances or good friends. And I’ve spent hours trying to discover any further connection. Any help on this would be greatly appreciated.

I’ll leave you with Mangan on Mount Macedon:
“I always had a sort of love-hate relationship with Mt Macedon. It could be a scary place at times, especially when the wind came down from the top of the mountain and raced through the treetops. At night-time it was frightening when this occurred, particularly when the house trembled and the wind moaned through the rafters beneath the roof. But when the wind dropped and the clouds came swirling past our windows it was even more eerie. Everything became so hushed and still when the clouds locked us in. The only sound was the dripping of moisture from the eaves and the loud beating of your own heart then you saw, or imagined you saw, grotesque forms in the clouds, leering at you through the window.” 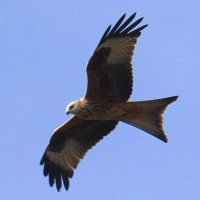 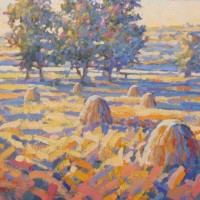 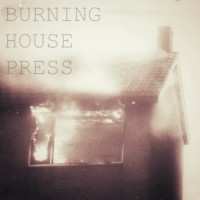 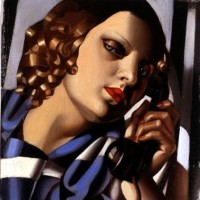 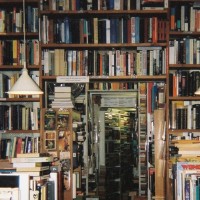 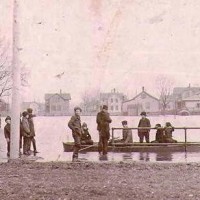 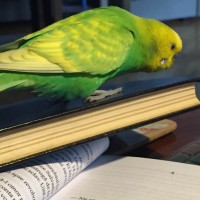 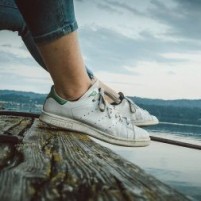