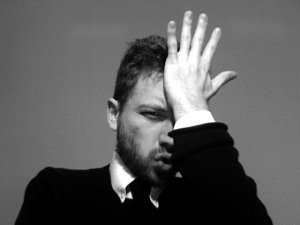 By “can’t write” I mean actually kicking and screaming I can’t write writer’s block, my brain is not working or I am sick so I can’t write. This scenario is very different from the I can’t write because I don’t have time – it’s Christmas, the study is being painted or I’m starting a new job or a relative is sick. These situations are really “I have decided not to write at the moment” although we still lament the fact we can’t write to our friends and family.

In 1987 whilst I was writing my first novel I had to have my appendix out. I was two thirds of the way through the manuscript set in the Wye Valley at a youth hostel for school children. Every week a new lot of school children arrived with several teachers to look after them. Just before my appendectomy this new group were assembled on the doorstep of the beautiful old hostel (a former priory) overlooking the Wye river.

I was so excited to get back to the writing after my operation. I actually had a week off work and envisaged getting so much done. I turned on my computer and the blankness was overwhelming. The new group wouldn’t speak to me. It was as if they hadn’t arrived and the rest of the characters weren’t talking either. They were incommunicado. After a few failed attempts at stringing words together, they all just literally packed their bags and left. I was distraught.

I realise now of course that I was suffering some sort of reaction from the anaesthetic. For weeks in bed at night I felt like I was sinking from the head down. I couldn’t concentrate and I definitely couldn’t write. It was so frustrating and a bit worrying. It lasted I think about a month until I found a way out of the haze my brain was in and was able to coax the words back.

The only other time I have experienced the “kicking and screaming I can’t write” was last month and I am only now just getting the words to flow again. What happened? Well, just before my planned holiday to New Zealand, I had a manuscript assessment done by the wonderful novelist Belinda Castles. I received the assessment only days before my cruise and decided that I would tackle it after I got back mid November. I would be renewed and rested and excited. The perfect mindset for a major rewrite. I arrived home on a Wednesday with an awful virus caught from a passenger on board (many at our table were sick) and didn’t have the energy to even open my laptop. I avoided emails for days. Editing was definitely out of the question! For three and a half weeks as it turned out. I have only just begun the rewrite this week and I am finally excited and confident.

What did I do on both occasions to fix the problem? It’s simple and obvious. I read. Well in regards to the assembled school teachers and children I didn’t actually read. To start with I just looked at a book of watercolour sketches of the area of England and Wales where my manuscript was set. I gazed at the beautiful scenes (meadows, woods and streams) and after a day or two managed to read a small amount of text. Soon after I discovered a way back into the manuscript through the landscape that my characters were either living in or visiting.

Last month I reached for the short stories of F Scott Fitzgerald (which I’m still reading) a non fiction book about Sylvia Plath’s month in New York in 1953, a speculative fiction novel and also some short fiction which I devoured. The standout was Andrei Makine’s A Life’s Music. It was so good to read elegant sentences and straightforward plots.

As a writer I marvel at other writers who say they don’t read. How can they learn and improve their own writing if they don’t touch base with how other authors construct sentences, decide on points of view and characterisation and of course evoke a setting? This writer is completely mystified. I frankly don’t think it’s possible and don’t ever intend to try. The only problem I’m faced with in my reading is not finding the time to read but who to read.

At the moment I am very much aware that I need to streamline my manuscript and the books I’ve been reading lately have definitely given me some ideas how to do it. With these new ideas and Belinda’s assessment I am ready to go. Here is what I read November and early December. I wish my readers a Merry Christmas, a Happy New Year and of course happy reading! My Goodreads bookshelf.

11 thoughts on “A Writer’s Life: What to do when you can’t write”