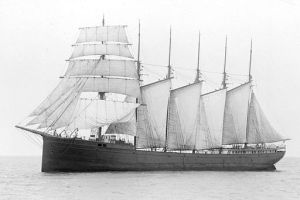 From oblivion is what I mean. One of my main aims in being a writer is to preserve little known facts and make them sing in my fiction. I might have touched on this before but there were two facts (above all others) that I wanted to preserve in Tomaree and that was to do with the US servicemen based in Australia. But let me start at the beginning.

Tomaree is inspired not just by a real life love story but by a fascinating time in Australian history when approximately half a million US serviceman were stationed in Australia during World War II. There are a lot of facts in Tomaree – details of the Fly Point camp, the way Nelson Bay used to be in 1942 (just a jumble of small shops) details of campaigns in the Pacific and much more. But the two facts, that may seem trivial, but I wanted to include are: 1. that the American serviceman hated all our loose change. They couldn’t abide it heavy and jingling in their pockets – the threepenny, halfpenny, pennies etc. As related to me by a Nelson Bay Resident, the soldiers would dig their hands in their pockets offer up the change to the nearest small child and say, “Here kid, buy yourself an icecream.”

No. 2 is that wherever the soldiers were stationed in Australia, it was common for local residents to send a small boy (never a girl from what I read in a history book on the subject) into the street looking for a Yank to invite him home to tea. My Amercan Signals Officer is approached by such a small boy but has to refuse because he already has a dinner invitation. I feel very privileged to have the means to keep these sort of little known but important facts alive for the reading public of today. It’s what motivates me to seek out historical fact (like many historical fiction authors I’m guessing) and weave it into my fiction.

In a strange way too, fiction also preserves historical facts for readers. For some time now I’ve been researching Sydney in the 1920s. There are actually not many non fiction books available on the subject. Frustrated, I turned my attention to fiction but wondered where all the female fiction writers were who were writing at that time. There didn’t seem to be many listed in anthologies and literary records. At first I thought there was simply no significant female authors writing during the first two decades of the last century. I have since read Dale Spender’s Writing a New World and discovered that is not the case. They have been deliberately left out of literary collections and reviews – but that’s another blog. In this one I want to highlight how I have found historical fact in fiction.

As mentioned I turned my attention to fiction to help me research the 1920s and luckily discovered Ethel Turner’s daughter Jean Curlewis. Last month I read her third novel Beach Beyond set near Palm Beach and written in 1923. This week I have just finished her first novel written in 1921 – The Ship That Never Set Sail. Here is what I have been looking for the last six months – a real, vibrant Sydney – the Sydney of 90 years ago!

Here she is writing about Darling Harbour:

“They were gazing right down on to the littered decks of ships – they could almost have dropped pebbles into the holds – they caught intimate glimpses of donkey-engines and capstans and flying bridges and fo’c’stle hatches at a proximity impossible at the Quay. The huge funnels towered up right beside them. They could count the cases and barrels and mysterious bulging sacks and great green clusters of bananas scattered on the wharves – gaze down into the dull green water, deep-hued as a peacock’s tail with a film of oil from some passing steamer. All the vast detail of the fifth port of the Empire was spread beneath their eyes: “the beauty and mystery of the ships”; all Darling Harbour stretching like a river between its vessel-teeming banks into the very heart of the city.” Marvellous and better than any history book!

There are also descriptions of White City, now long vanished, a ball on board a warship, something called a gypsy tea, the Blue Mountains when it was smaller and quieter with barely any cars on the road, and Pittwater. A wharf at Newport is mentioned and a pier “that ran out from a green garden full of white pigeons, scented verbena and mauve blue Love-in-a-Mist.” This is very near where I used to live but of course the garden is long gone. I’m so thankful to have found Jean Curlewis. Her words have been helping me to recreate in my mind another Sydney. I hope to track down more lost authors, to read, review and discover the Australia they lived in.

16 thoughts on “How fiction/historical fiction can save historical fact”